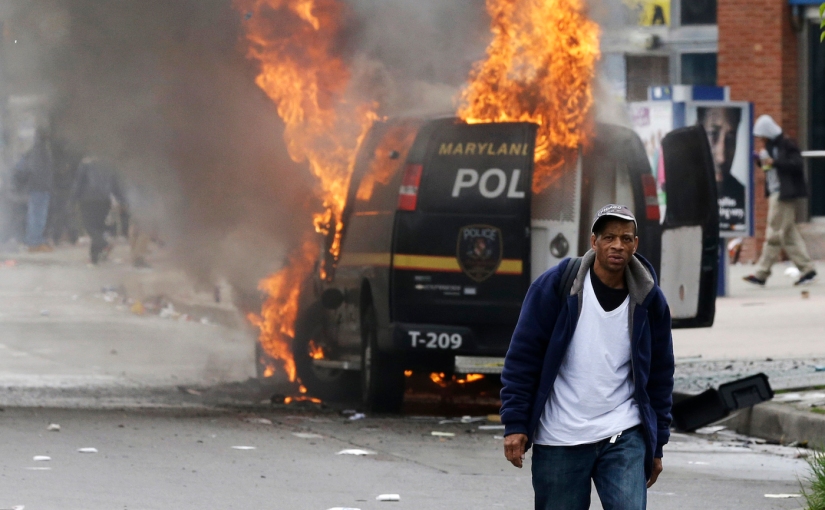 I don’t have the chops to explain what’s going on here.

Dan Diamond, a contributor at Forbes, has a take on what spurred this on.

Read his piece “Why Baltimore Burned”, it sheds light on a lot of things most people don’t have the numbers on.

As of right now, the city is still being looted but various gangs & groups hated by traditional media are standing together in solidarity against the senseless violence.

Crips and Bloods, together, against Baltimore Riots. Also, not killing cops in a truce, claimed to be a “credible threat” by BCPS.