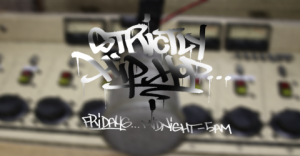 Ooooh it’s that time of year again…the time to celebrate those who have supported you. Strictly Hip Hop has been a staple at Baltimore’s WEAA for the past 25 years. Over that time span we have kept the Hip Hop community intact with new music and uplifting the culture. We have highlighted many local artist and support many local organizations including the Save a Dope Boy movement. If you believe in keeping true hip hop alive, make sure you donate to support shows like Strictly Hip Hop and become a WEAA member. You can make a one time donation or pledge your support at weaa.org. Tell em Strictly Hip Hop sent you. 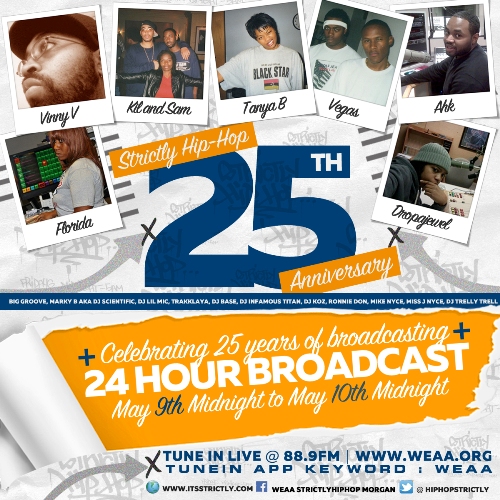 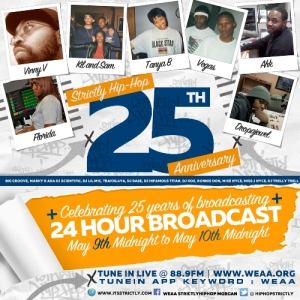 Baltimore’s #1 source for authentic Hip-Hop and culture! Celebrating twenty-five years on the air, Strictly Hip-Hop will broadcast live for twenty-four hours on WEAA 88.9 FM beginning at midnight on May 9, 2015. Throughout the day various Strictly hosts and DJ’s will provide the dialogue and music for the celebration festivities. Specialsegments will be aired discussing the growth of the Hip-Hop culture and how Strictly Hip-Hop has been an influence on the music scene within Baltimore city and the campus of Morgan State University since it was created in April 1990.

Not only can listeners tune in through the radio, they can listen online at http://www.weaa.org. Also listeners can download the following apps on Android phones and Iphones: TuneIn, and radio.net using the keyword: WEAA to listen. May 9,2015 at midnight on WEAA 88.9 FM Strictly Hip-Hop will celebrate being the longest running Hip-Hop show in the Mid Atlantic. For more additional information contact the host: itsstrictly@gmail.com and follow the show on twitter: @HipHopStrictly for anniversary updates